Blogging with VS Code, GitHub Pages and Jekyll

These instructions are a little outdated. My github repo has the files I’m using and a reader has left some helpful feedback here. The flow I used to publish this update from my Linux machine (which I primarily use now for personal things) was to run docker.sh from a terminal window, and inside the container I ran cd /blog, bundle install, ./start.sh while editing this post with GNU Emacs. I’d recommend checking out the github issue as the person who reported it also shows how to run the container as a regular user which would be a best practice.

GitHub Pages makes it pretty easy to generate a site off content that is stored in git. Jekyll is a Ruby-based platform for generating mostly static web content. VS Code is my editor of choice when I want to open a directory of files.

The biggest feature gap in convenience here is that getting started with Jekyll requires that you have a Ruby environment set up. If I set up my desktop computer, but then decide to write a blog entry on my laptop, I would need to set up a Ruby environment a second time. Recently, VS Code added a cool feature that can help make this experience better.

The idea is that you create a Dockerfile that describes your dev environment, then VS Code will build a docker image for you, set up its remote editor tools in it, and then let you edit files within that container as if they’re on your local filesystem. Then, as long as my machines all have Docker, VS Code, and git installed, I can blog with the same experience from all of them. Maybe it is overkill for this scenario, but let’s entertain it.

Create a .devcontainer/Dockerfile based on this:

Then, launch VS Code (currently you need to use the insiders version) with the root folder of the git repo, click the green button to build/start your container, then you can use the terminal at the bottom to run your start.sh. Your updates to the blog will appear both inside and outside the container, and you can preview it from your desktop at http://localhost:4000. Fun!

Here is what it looked like for me (you can right click on the image and open it in another tab): 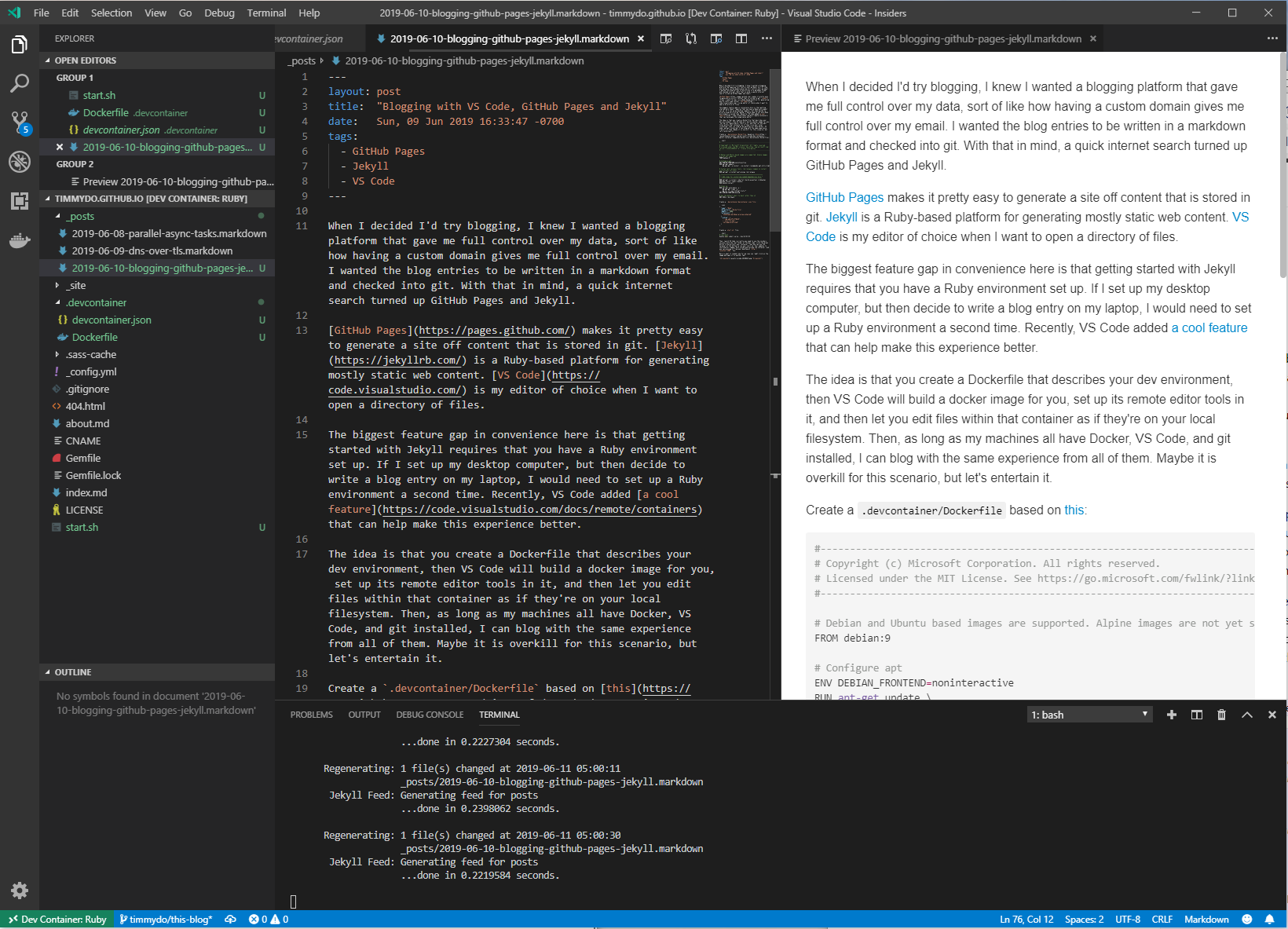