In my previous post I talked about my motivation for putting together a NAS setup at home to backup photos.

To continue where we left off, thankfully newegg packaged the HDD appropriately: 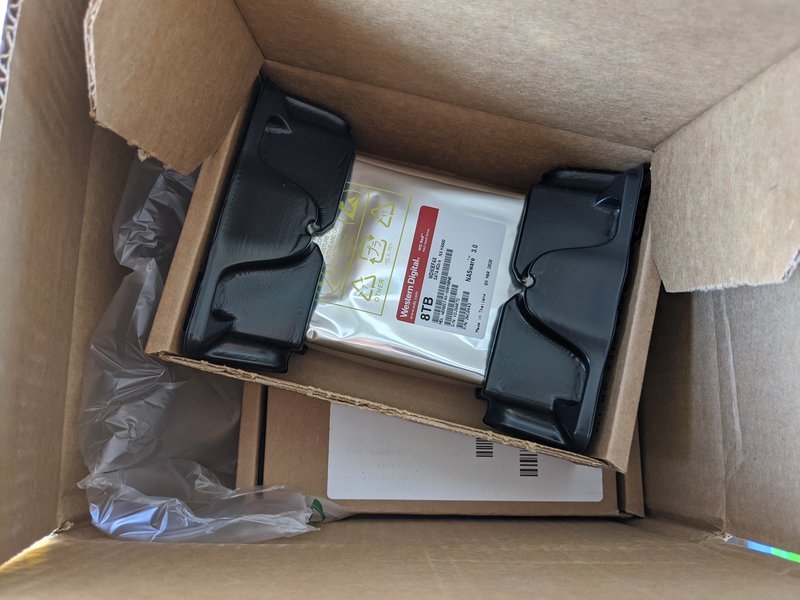 After realizing I didn’t have the proper SATA power cables and getting those, I inserted the drives into my machine and set up btrfs.

btrfs is a modern filesystem that ships with the Linux kernel. Btrfs provides some features that you wouldn’t get with ext4:

The biggest competitor on Linux to btrfs is ZFS (and maybe XFS to some extent). ZFS is not shipped with the Linux kernel so it may be a little more work to set up (depending on your Linux distribution). Ubuntu 20.04 has made it pretty easy if you want to try ZFS.

I added the following line to my fstab and mounted the drive (this UUID is unique to my drive, so replace it for yours):

I created some subvolumes for photos (if I need to snapshot it):

To take care of your data, you should do some maintenance. Scrubbing makes sure the hash checks succeed and fixes those errors. Balancing will copy all the data on the filesystem which can reclaim some space or rebalance the data ratios between multiple drives in a RAID setup. There are good tools/scripts here: https://github.com/kdave/btrfsmaintenance. Here are some commands for Debian/Ubuntu:

Last, but not least, you should have alerts if your data is in trouble. I’ll cover that in the next post.